Making a difference for Rhinos 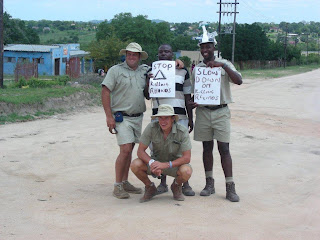 As one of &Beyond’s ranger training guides, based in South Africa, I am passionate about wildlife and the people who care for it. When I heard about the Footprints of Hope campaign my mind started racing and the idea to walk through rural communities surrounding &Beyond’s lodges in the Kruger National Park, raising awareness for rhino conservation along the way was born. I was so excited I planned a route for a 10-day walk through small villages and &Beyond Ngala Private Game Reserve. The project came together quickly, and in December 2011, the team met at &Beyond Kirkman’s Kamp in the Sabi Sand Game Reserve to start walking.

In remote regions like this, people struggle to support their families and sadly, rhino poaching can be an option for instant income. The aim of the walk was to chat to locals about the importance of rhino conservation, while teaching basic life skills and positive health - using soccer games to get the message across. 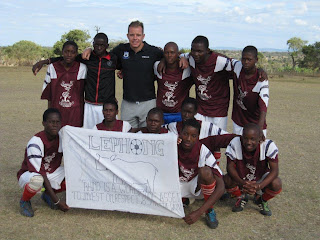 We walked with Gordon Gilbert (a local soccer hero) and the Africa Foundation team (&Beyond’s community development partner) and it was life changing for me. I was touched by the people I met, who invited us into their homes, offering us cold drinks and water on a hot day, even when they have so little. They live simple lives making everyday worth living for. I was truly inspired by their positive attitudes. 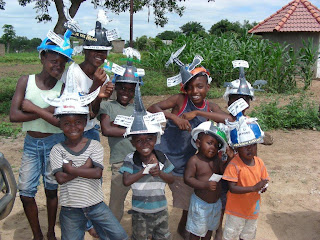 We wanted to teach children why we need to protect our rhinos for the future, and the value they hold for tourism as part of the Big Five. In June 2012, 262 rhino’s have already been killed in South Africa!  We also told people about the anonymous hotline they could use to report poaching activity and that they can make a difference. After the walk, I received two leads, which I reported to the authorities. A priceless victory!

This year, on Youth Day (16 June) we returned to the same communities with the Footprints of Hope team and we hosted a soccer tournament. It was a huge success with each soccer team carrying banners for rhino conservation and making pledges to conserve and protect the rhino. Even the Kruger Park anti-poaching team entered a team, and finally connected with the community.

I reflect back on the days I spent as a ranger, tracking big game on foot and I remember how happy my guests were seeing rhino for the first time. I can only hope that we get a critical rhino message across - Rhino are only valuable to us while alive and South Africa needs our rhino. Education and awareness is vital in the fight against poaching, and it starts in the communities, when they understand the direct benefit of tourism and conservation. We need to protect our animals (and rhinos) because we want our children and grandchildren to enjoy our amazing wildlife forever. At &Beyond, we call this “Doing Well by Doing Good” and it’s one of the reasons I love what I do, knowing that I can make a small difference in the world.
Posted by film MAGNIFICATION at 07:37